“We put delivery on the mission first.”

This is the first in a series in which we look at the People of PAR. We talk about the work they do here, how they landed here, and why they chose PAR. Our subject: Marc Egan. (Photos courtesy of Marc Egan, Program Manager) 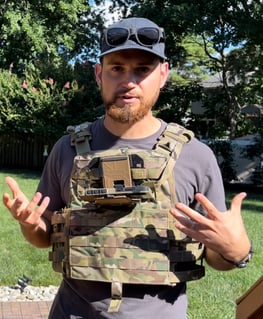 Since 2017, Marc has been part of the PAR Government ISR-Rome Tactical Assault Kit team. He was hired as a program manager and was encouraged to get his Project Management Professional certification – one of his first tasks when he came on board. While his title is Project Manager, quite honestly, and more appropriately, he thinks of himself as “a requirements manager” when it comes to work.

“My job is to try to understand, at a deeper level, the use case for a technology and what the customer is using it for.”

This means Marc will look through the Government’s official statement of work, analyze the objectives, and talk through technical requirements with TAK users. He syncs that information with what the team wants, aiming for what is achievable.

As the PAR motto goes, “Under promise, over deliver.” The goal is to come up with a plan and design that moved from beta to tangible technology that users can leverage in a true operational environment as soon as possible. After beta, and multiple tests and evaluations with users, the capability becomes reality. Sometimes the technology is iterated on, and the cycle starts again.

“I feel like a translator,” said Marc. “I’m taking the technology to what’s realistic after listening to the developers and users. You have to be a good listener and have good expectations. That’s part of the job.”

For some people the education to career pathway is straight. This was not the case with Marc. With the end of high school within his sight, Marc had enrolled in the Army’s Reserve Officer’s Training Corps (ROTC) program. His goal was to join the ranks of the Army’s Judge Advocate General’s (JAG) Corps but he did not get into the pre-law he hoped.

Switching gears, he opted to become a history major at Virginia Tech – and was able to complete his course of study in an astounding two-and-a-half years. During this time, Marc discovered a skill something many had told him would provide no practical professional application – long hours of gaming. While working as an intern at the U.S. House of Representatives noting Pork Barrel Spending (Earmarks), he discovered that he could finish massive amounts of paperwork and complete data entry on his computer, while his peers would give up after a few hours.

While interning he spotted a fellow history buff who happened to be wearing a tie featuring Civil War Generals. The two struck up a conversation. He soon realized the enthusiast worked for Booz Allen. Marc was then recruited to work on modeling and simulation for organizational war games as a senior consultant. Marc also conducted capability-based assessments for the U.S. Army Special Operations Command (USASOC) and theater/country campaign plans for Special Operations Command Europe (SOCEUR).

After two years Marc’s path started to veer again. He became disheartened and in turn did a lot of “soul searching.” Having a brother with Down syndrome, Marc has always been involved with Special Olympics and aimed to help provide systemic support for those with disabilities. As he was always interested in biology and wanted to help those with disabilities, he took his advocacy a step further, returning to Virginia Tech to earn a Master of Science in Biomedical Technology Development and Management.

“With that (degree), I wanted to do drug development,” Marc explained. “I thought I would apply my program management skills to the Federal Drug Administration or a commercial bio-pharmaceutical company, but I couldn’t find a job like that.”

Yet again, the path changed, and Marc found himself working as a tactical operations project leader at the Combating Terrorism Technical Support Office (CTTSO, now called IWTSD). It was here that he worked on research and development, testing, and evaluation (RDT&E) funded projects from the Assistant Secretary of Defense for Special Operations/Low Intensity Conflict (SOLIC). He was on the Government side of things as a Systems Engineering and Technical Assistance (SETA) contractor, developing products, figuring out user preferences, and offering tactical operations support technologies to various U.S. Government and DoD user groups.

“How do you manage anything ubiquitous, any problem the customer is having, and come up with a solution?” Marc asked. “There’s a lot of researching, testing, and development to do operational support. At CTTSO, I got to work on technologies ranging from polymer ammunition to lighten the load, to building radios to offensive cyber operations courses. It was great exposure to the various user groups.”

And, once again, the path switched. This time, he landed at PAR. 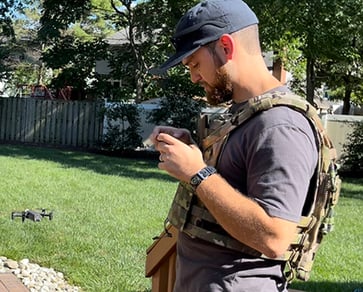 “PAR (Government) was one of the entities we were working with on a technology for augmented reality road navigation for USG/DoD users. My first introduction to TAK was to actually meet Josh Sterling at the Army Night Vision Labs and he showed his project with ATAK. I was at the time working on a competing technology with a commercial company. I quickly realized TAK was way better and the obvious long-term choice to really deliver capability for users. I further realized that PAR was the primary developer of TAK. I could not compromise on my personal integrity for the users and keep working on a project I did not believe in, so I reached out to PAR to see if they had any opportunities.”

Five years later Marc is among the People of PAR.

“What I do is really requirements management. I’m a facilitator between the users and the Government customer. I take the concept of how they are going to use the technology, and I bridge their expectations,” he said.

“When we finish a project, we go and talk to the users, and work with the developers. We have to go and demo the end product. Sometimes they aren’t able to do it themselves, sometimes we have to show them… I have to go do a demo, like fly a drone. We have to see and experience their issues….

I realized that, beyond getting to work with TAK and with real users, the people/teammates at PAR make a difference. I really learned a lot by fire (on the job training) from Todd (Krokowksi, VP of Product), David (Tally, Director TAK Programs), and Shawn (Bisgrove, TAK Chief Engineer) — they have always been there to mentor me through the natural challenges of the job. And Ed (Bohling, VP and CTO) is one of the best leaders I have had the privilege of working under. He really believes in you. He gives you the feeling that, ‘You got it – make it happen.’ He gives you the left and right limits, and makes you take ownership and responsibility, which is what I want out of a job and career.

And it is amazing to create these software solutions that sometimes get used in very meaningful ways and make other folks’ jobs easier. Many times (in similar positions at other companies) you do paperwork (which I do not mind) but it has to lead to something tangible that makes a difference. At PAR it is all about the people, product capabilities, and customers.

“PAR gives you a greater latitude, to take responsibility for an area of expertise and make it your own. Being able to guide the technology to something tangible and meaningful is amazing.”

“We put delivery on the mission first. Others? They put the process first.”

Social engineering is a skillfully crafted art form honed for malicious intent. Can you identify and stop the attempts? What should you do when you... 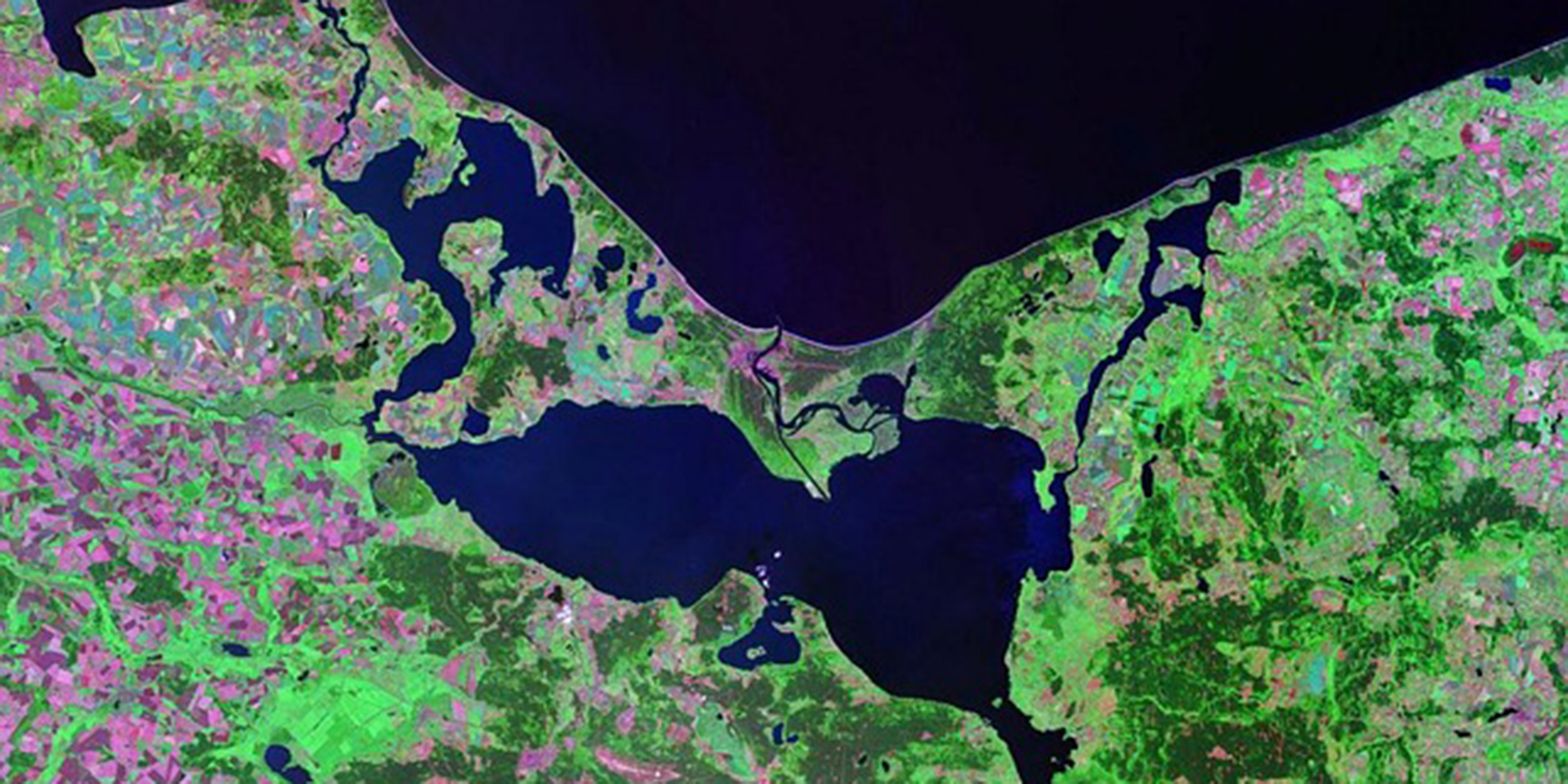